A tasty and organic morning fix 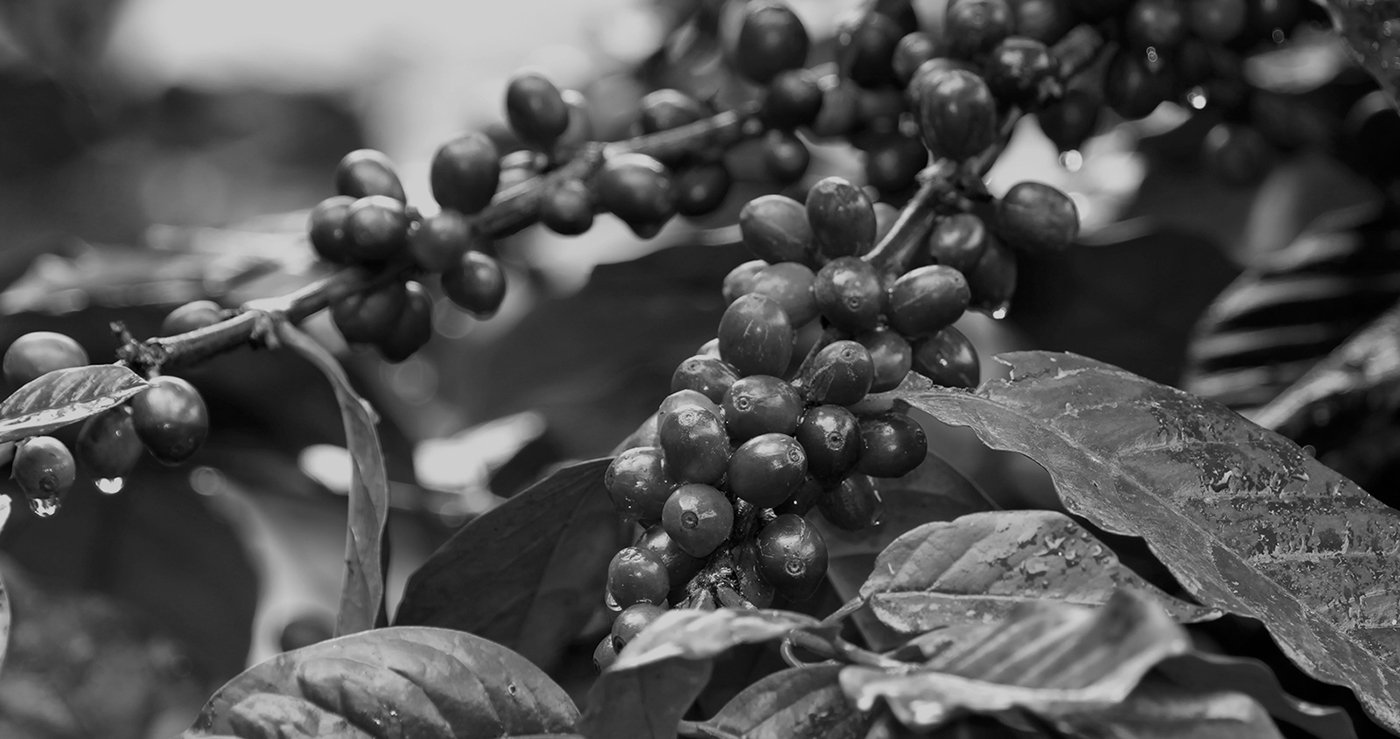 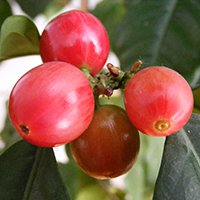 The coffee beans are the seeds of berries from the "Coffea plant". The "Coffea" is native from Africa and grows generally between the tropic of Cancer and Capricorn. "Coffea plants" are divided into two categories: Arabica and Robusta. The Arabica is the most cultivated in the world (90% of the world production) and offer more subtleties in term of taste. It contains less caffeine than its brother, Robusta. 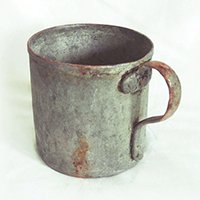 The history of coffee consumption begins in Ethiopia, where the local people have been drinking coffee for many centuries. From its center of origin in Ethiopia, coffee made its way to Yemen, possibly around the 6th century, with the first record of consumption as a beverage by practitioners of Sufism around 1450. From Yemen, coffee spread to Cairo, Damascus, and Istanbul, leading to the birth of the coffeehouse. Following this, coffeehouses opened in Europe, the first one in Venice in 1645 and in Oxford in 1650. The first coffeehouse in the United States opened in Boston in 1689. The tradition of coffeehouses as meeting places where news, political debate, and ideas are exchanged still continues (Vega, 2008). The opening of the first “Peet’s Coffee & Tea” shop in San Francisco in 1966 was probably one of the significant changes in coffee consumption, causing the expansion of the specialty coffee industry in the United States. This was followed by the opening of the first Starbucks store in Pike’s Place in Seattle in 1971. In 1974, Erna Knutsen coined the phrase “specialty coffee” to describe the high-end, green coffees of limited quantities she sold to small roasters; the coffees were sourced from specific geographic microclimates and had unique flavor profiles. Cultivation of coffee was started by the Dutch East India Company in Java using seeds obtained from Mocha in Yemen in the 1690s. From Java, plants were taken to the Amsterdam Botanical Garden in 1706, from which a plant was taken to France in 1713; this plant was used by Antoine de Jussieu in first describing coffee. In 1720, one plant made its way from France to the French colony of Martinique in the Caribbean. From Martinique, coffee spread throughout the Caribbean islands: Haiti (1725), Guadeloupe (1726), Jamaica (1730), Cuba (1748), and Puerto Rico (1755). Around the same time, the Dutch introduced plants from Amsterdam to their South American colony in Suriname (in 1718); from there, coffee was introduced to French Guiana in 1719 and Brazil in 1727. This was the basis of the “Typica” genetic line of coffee. The “Bourbon” genetic line originated from coffee trees introduced from Mocha in Yemen to Bourbon (Reunion) Islands in 1715 and 1718 (Anthony et al., 2002; Vega, 2008). The French later introduced coffee cultivation in Ceylon (Sri Lanka) in 1740 and Ceylon become a major producer of coffee. In 1869, Ceylon’s thriving coffee industry was devastated by a fungal disease, the coffee leaf rust (Hemileia vastatrix), leading to the replacement of coffee by tea in Ceylon by the 1900s (Damania, 2003).

The Coffee plant was imported to the island more than 250 years ago. 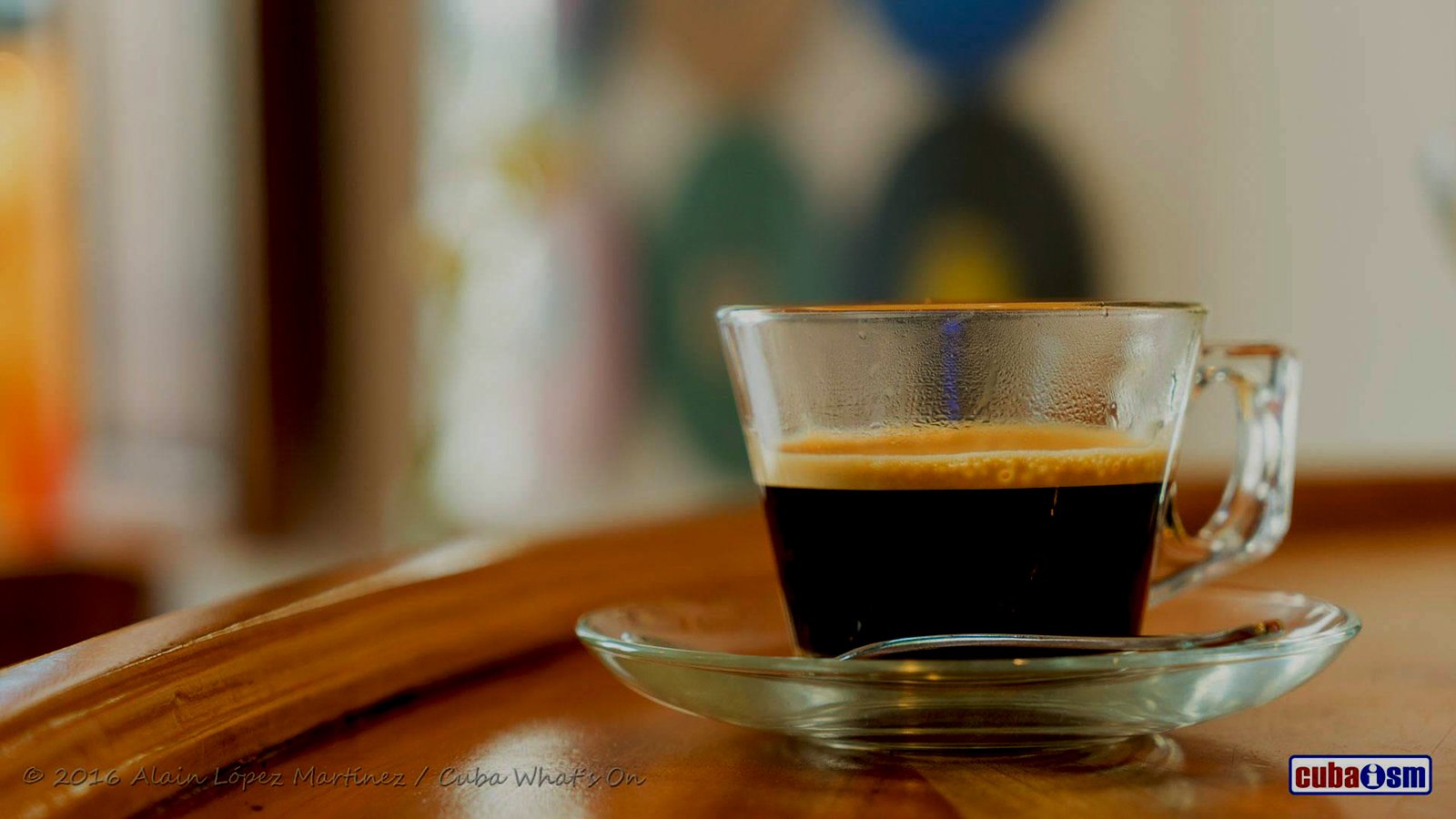 The Origin of the Coffee in Cuba

According to historians, coffee beans were introduced to Cuba in the mid 1700’s by Antonio Gelabert. He created the first Cuban coffee plantation in Wajay on the outskirts of Havana.
In 1791, the French, who were fleeing Haiti because of the abolition of slavery, brought their methods to improve the production of coffee to Cuba. With the combination of its ideal weather conditions, its mountainous areas and its permeable soils, rich in organic matter and clay, Cuba quickly became one of the world’s main coffee producers.
Before the mid 1800’s, Cuba started to lose strength in the trade. The Spanish wanted to exert control over the market in the island. Higher taxes were applied to some nations which then turned to emerging countries including Brazil and Columbia.

Where does the coffee grow in Cuba?

The two main area in Cuba for coffee production

In Cuba, Coffee Arabica is the main type cultivated. It is less resistant to heat and disease than Robusta, so it benefits from being cultivated at higher altitudes. The Cuban mountains offer the perfect blend between temperature, sun exposure, humidity and altitude (between 800 to 1800 meters). The two main areas of production offering this balance are the mountain range of "Sierra Maestra" in the South-East (near to Santiago de Cuba city) and the "Sierra del Escambray", located in the middle of Cuba close to Trinidad city. Other areas include the “Sierra del Rosario” and “Las Terrazas” in Pinar del Rio province in the west of the island which were the most important coffee plantations in Cuba during the 19th century. Today, these plantations, including the Buenavista coffee plantation in Las Terrazas, have been abandoned in favour of the eastern part of the island. There is still a little coffee growing in this area. There are some interesting restored ruins to see of these former coffee farms.

Organic production for the best coffee

For the last 200 years, Cuban farmers haven't changed their way of cultivating coffee beans. It is made respecting the natural process of plantations, following each process of production patiently. Cuban coffee is grown on the sides of mountains in rich soils in forest clearings that doesn't need any fertilizer. The soil regenerates itself and is protected by proximity to the trees. The coffee plants are protected from the harsh sun and wind of the Caribbean by the forest. Then, when it is time to harvest, each bean is handpicked and carefully transported by donkey to the farm to receive the final process of drying and roasting.
If you visit one of the major coffee plantation in any other country, the coffee plants are all aligned in rows in a deforested area in order to get more sun to speed up the maturing of the coffee beans. Due to there being no forest anymore around the plants, the soil quality deteriorates quickly as it is unable to regenerate itself, and so the use of chemical fertilizer is needed.
This is one of the reasons why Cuban coffee is considered one of the best, because it is made in a sustainable way, with patience, respect and love so when you drink it, you feel it.

The Future for Cuban Coffee

Sixty-five percent of the world’s coffee is consumed by just 17% of the world’s population. This provides tremendous opportunity for market expansion through promotion of coffee consumption in both producing and consuming countries.The top ten countries account for about 81% of total imports, with the United States importing almost a quarter of the total imports, followed by Germany at 18%. Source: ICO (2016)
Back in the early days of coffee and globalization, Cuba was one of the major players in the export market but as seen in so many other countries, production has since gone downhill. At the height of post-WWII coffee production in Cuba reached almost 500,000 (60-kilogram) bags but since the last bumper harvest of 480,000 bags in the 1989-90 crop cycle the political impact of the subsequent collapse of communist rule in the Soviet Union and the fall of the Berlin Wall quickly led to the rapid decline for Cuban coffee. In the last few years Cuba’s coffee production has steadily come back to between 100,000 and 130,000 bags, and industry officials believe production can reach 150,000 bags in the new 2014-15 harvest — a significant improvement since output hit an all-time low of just 7,000 bags in the 2007-08 crop.
One of the reasons why Cuban coffee is considered to be one of the best is because it is made in a sustainable way, cultivated in forest clearings where the soils are rich and intact so there is no need for chemical fertilizers.
This method is commonly referred to as the traditional shaded method, or "shade-grown". Starting in the 1970s, many farmers switched their production method to sun cultivation, in which coffee is grown in rows under full sun with little or no forest canopy. This causes berries to ripen more rapidly and bushes to produce higher yields, but requires the clearing of trees and increased use of fertilizer and pesticides, which damage the environment and cause health problems.
Unshaded coffee plants grown with fertilizer yield the most coffee, although unfertilized shaded crops generally yield more than unfertilized unshaded crops: the response to fertilizer is much greater in full sun. While traditional coffee production causes berries to ripen more slowly and produce lower yields, the quality of the coffee is allegedly superior. In addition, the traditional shaded method provides living space for many wildlife species. Proponents of shade cultivation say environmental problems such as deforestation, pesticide pollution, habitat destruction, and soil and water degradation are the side effects of the practices employed in sun cultivation.

The Different Brands of Coffee In Cuba

100% Organic Arabica Beans, in honour of Pico Turquino, the highest mountain in Cuba

Montecristo, a sublime match for a Cuban cigar